RTE chef Rachel Allen has said that it’s “great” having her son Lucca home for Christmas as she said she’s “always missing him” when he is in Japan.

Lucca is in Japan to pursue a career in motorsports and he is training with the Japanese Super Formula Lights Team, Albirex-RT.

Rachel explained that she is thrilled that her son is back for Christmas and that he is enjoying his time in Asia.

“He only came home one month ago so he’s home for Christmas which is great and then hopefully for him he’ll go back to Japan and get to do some more racing.

“He loves it but it’s just so hard trying to get sponsorship that’s the main thing but he just loves it.”

She went on to say that she misses Lucca when he is away saying: “Oh yeah always missing him but so happy he was loving being in Japan.

“But oh my goodness I always miss him it’s nice to have all your chickens back and around you.”

Most read in Celebrity 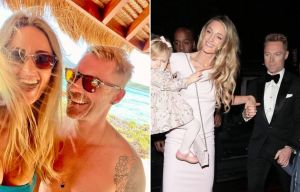 Rachel also spoke about her Christmas plans as she said they will be very different from what happened before the pandemic.

She explained: “Well it’s different to how we have had Christmas pre-pandemic.

“So it’s definitely going to be smaller but it’ll be lovely and we’ll be together as a family.

“So that will be really nice normally it’s with loads of cousins and everything so it won’t be like that unfortunately but anyway that’s the way it is.”

Rachel is set to appear on Virgin Media’s The Restaurant Christmas Special tonight.

She will be joined by Marco Pierre White and they will be putting Irish singer Mary Black through her paces.

The Cork native explained that she was thrilled to return to the show again and that she had a lot of fun filming.

The 50-year-old said: “It was amazing. It was great to do it again it’s been two years I couldn’t believe it was two years.

“It was such a long time so it was really good to get back to it that was fantastic and it was great to see everyone and see the crew and it was just good.”

She added: “I love it you get to sit down and eat delicious food and have lovely chats with Marco and whoever the guest chef is on the night.”

Rachel also was part of Living With Lucy and she gave people an insight into her life through the show as she spoke with Lucy Kennedy.

She was thrilled with the response she received from viewers who watched the show.

The celebrity chef said: “I was [happy with the response] people were just so nice, really sweet sending lovely messages just so lovely.

“So that’s always really nice. It’s such a funny thing because you’re kind of opening yourself up a little bit and then afterwards you’re like oh god should I have done that.

“It is always nice to take yourself out of your comfort zone. I think that is good I think that’s always good to try something different.

“So I’m kind of always open to new challenges in a way or new projects but it was really nice but I’m so fond of lucy herself so that made it easy.”