ROY KEANE has once again returned to his hometown to show his support for charity organisation Cork Penny Dinners.

The Echo spoke to The Rebel County’s most famous son – whom was there to publicise the opening of a wellness centre which will provide educational and emotional support to those seeking it as well as free dental and medical aid.

Roy sang the praises of volunteers who are there every day of the year including Christmas Day to ensure vulnerable people receive assistance whether that be through a hot meal or even simply a bit of compassion and human interaction.

The Man United icon said: “I’m just here to show my face at Penny Dinners, and show a little bit of support for people who are doing amazing work.

“The help they give to people in terms of people in recovery, people looking for a cup of tea, a bite to eat, a chat, the things we all take for granted, everybody knows what Caitríona does with the volunteers.

“It’s amazing, it’s absolutely fantastic, and they help so many people.

“It takes a lot of effort and money, a lot of voluntary work, with people rolling their sleeves up and giving a helping hand.”

Roy has been a frequent visitor to Cork Penny Dinners on his trips home.

Most read in Sport 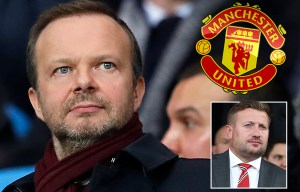 In November, he dropped by to say hello and hail the selfless commitment of volunteers.

Twomey spoke to Cork’s 96 FM the day after saying: “It was fabulous. He had time for everyone.

MAN BEHIND THE MASK

“One of our volunteers – still didn’t believe it as obviously Roy was wearing the mask – it only came off for the photograph!

“And it was then that the volunteer actually believed us! He thought we were pranking him.

“He’s very, very good to us and he always pops in”

Cork Penny Dinners was founded during the famine as a soup kitchen and is one of the oldest charities in the whole county.

What TV channel is Kerry versus Cork on? Time, stream, team news and odds for Munster final clash