A MAN was in court yesterday charged in connection with the murder of a homeless man in Cork two years ago.

Francis “Frankie” Dunne’s dismembered body was found at a derelict house on December 28, 2019.

Ionut Cosmin Nicholescu, 29, appeared before a special sitting of Cork District Court on December 3 last charged in connection with the murder.

The Romanian national was before the same court today having completed his period of isolation which was mandatory arising from Covid 19 protocols in prison.

He had to go into isolation as he was arrested in Romania on foot of a European Arrest Warrant.

The book of evidence was served by Garda Detective Garda Alan McCarthy on the defendant’s solicitor, Shane Collins Daly.

Mr Collins Daly said that his client planned to make an application for bail in the High Court in due course. 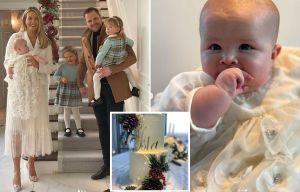 Judge Olann Kelleher granted free legal aid in the case to facilitate the appointment of two counsels for the trial. He also agreed to a request from the lawyer that the book of evidence be translated into Romanian.

While Nicholescu has adequate English the court heard that he would need the more technical aspects of the case translated into his mother tongue.

He was remanded in custody until his next court appearance at the Central Criminal Court on a date yet to be determined.

Nicholescu is charged that on a date unknown between December 27 and 28, 2019 at Castle Greine on Boreenmanna Road in Cork city he did murder Frankie Dunne contrary to common law.

The court previously heard from Detective Garda Alan McCarthy who said that he arrested Nicholescu of Branista Village, Branista Commune, Damovita in Romania at 3.37pm on December 3 at Dublin Airport.

Nicholescu, who is unemployed, was arrested on foot of a European Arrest Warrant.

At his funeral mass at St Mary’s on the Hill Church, in Knocknaheeny in Cork, his nieces Breda and Yvonne said that the family would forever cherish their memories of seeing Frankie the Christmas before he died.

Breda told mourners Frankie was a “character” who touched the lives of all he met. He loved horse racing, fixing broken phones and second hand shops. He was described as a “gentleman” who loved to sing.

Gardai involved in the murder investigation travelled to Romania in the weeks after the murder to interview a man who had made the journey from Cork to the country in the days after the killing.

Man, 20s, seriously injured after motorbike crash in Mallow, Co Cork, as road closed to traffic and garda appeal made