A MAN who allegedly threatened to kill a female Labour member of the British Parliament will have to wait until next month to learn the decision of the Director of Public Prosecutions.

Daniel Weavers appeared before a special sitting of Cork District Court last November charged with an alleged threat to police in the UK that he would kill a female Labour MP.

Weavers with an address in Castletreasure, Douglas on the southside of Cork city previously appeared before the court on the single charge which is contrary to section 13 (1) (a) and section 13 (2) of the Post Office Act, 1951, as amended by Section 4 of the Communications Regulations Amendment Act 2007.

The 41-year-old British national was charged with sending a message by phone that was menacing from his home address in Douglas in Cork city on October 18, 2021.

His solicitor Eddie Burke today told Cork District Court he had informed his client that he was not required to attend as DPP directions are awaited in the case.

Judge Olann Kelleher remanded Mr Weavers on continuing bail until his next court appearance on February 23 next.

He said that Weavers made no reply when the charge was put to him after caution. 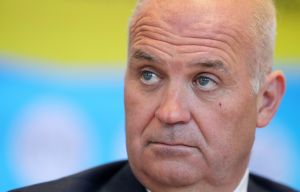 Gardai had no objection to bail but a number of stringent conditions were sought.

Weavers was ordered to surrender his passport, abstain from all intoxicants and make no unwarranted communication to Police Authorities in Britain.

Weavers was also told to sign on twice weekly at Togher Garda Station on Mondays and Fridays.

He has to inform gardai of any change of address and must be contactable 24/7 on his mobile. He also was  instructed not to apply for new travel documents.

The defendant, who is an engineer by profession, was arrested by Special Detective Branch officers, with the support of the Armed Support Unit at his home.

It is understood the arrest followed resulted from gardai receiving information from police in the UK.

Weavers was taken to the Bridewell Garda Station in Cork city where he was detained under Section 4 of the Criminal Justice Act.