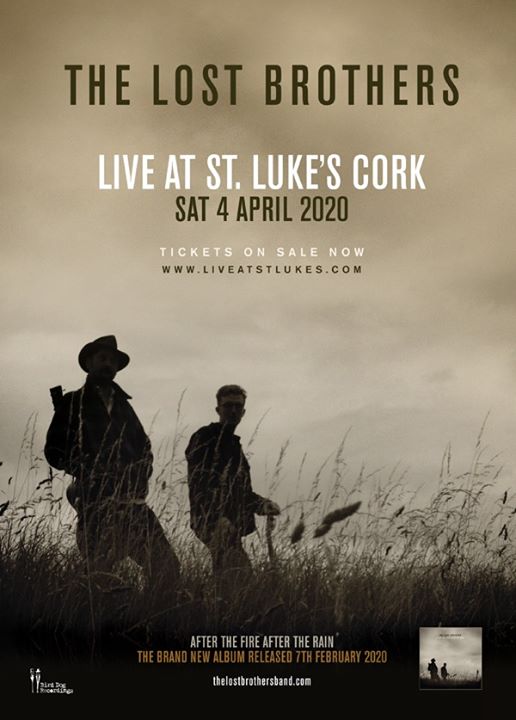 Shortlisted as one of MOJO magazines albums of 2018, and nominated for Best Band and Best Album at the inaugural RTE Radio 1 Folk Awards, The Lost Brothers have become known as one of the very finest bands around. Collaborations down the line have included work with Brendan Benson of The Raconteurs, Richard Hawley and Glen Hansard.

They now add to their growing repertoire with their sixth studio album, “After The Fire After The Rain”, which features contributions from M Ward, Jolie Holland, Steve Wickham and Howe Gelb. The album was recorded in New York by Daniel Schlett and Tony Garnier (Bob Dylan’s longest running band member and bass player of the past 30 years.)

With 5 highly acclaimed albums already under their belt and a brand new sixth release on the horizon, they have a rich well of songs to draw from for a spectacular live show.

Catch them on their upcoming U.K. and Ireland tour.