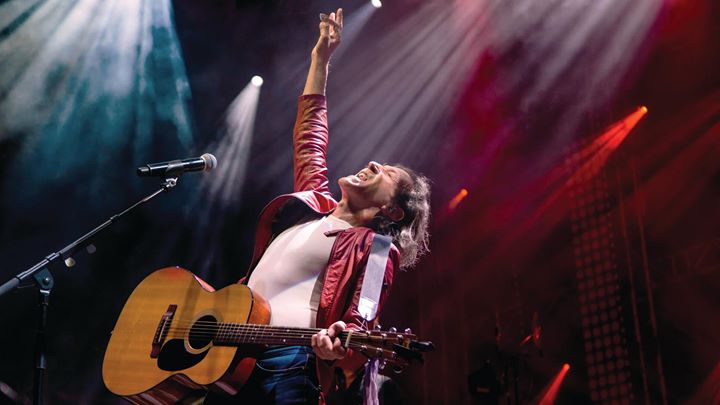 One of the all-time greatest songwriters, Albert Hammond’s live performances are also legendary. He has accumulated no less than 360 million record sales worldwide and this stunning show will feature not only his most successful songs but also the stories behind them. Joined on stage by his own band, Albert presents a stunning two-hour journey through five decades of music.

An Albert Hammond concert is an evening of his hits including It Never Rains in Southern California, The Free Electric Band, The Air That I Breathe, Down by The River, One Moment in Time, I’m A Train, To All The Girls I’ve Loved Before, When I Need You and many more.

Albert has been writing hit songs for over 50 years and has worked with the likes of Johnny Cash, Roy Orbison, Neil Diamond, Whitney Houston, Tina Turner and many more. He was also responsible for making our own Joe Dolan an international star, penning the hits Make me an Island, Good Lookin’ Woman and Teresa. There has not been a single decade in which he has not written multiple hit songs since he scored his first hit with Leapy Lee singing Little Arrows, a song which also reached Number One in the Irish Charts for The Dixies Showband while the Spanish version went on to top the charts in many Latin American Countries.

His achievements were officially rewarded in 2000 when he received an OBE (Order of The British Empire) from Queen Elizabeth II in London. In 2008 He was inducted in to The Songwriters Hall of Fame and took his rightful place amongst the greatest songwriters of all time. Albert received the iconic Ivor Novello Award for His Lifetime’s Outstanding Song Collection in 2015 where he received a standing ovation from attendees including Elton John, Annie Lennox, Brian May, Ed Sheeran, Black Sabbath and many more of his peers.

Albert Hammond is simply a living legend – don’t miss him live in concert!