2021 was a bumper year for animal births at Fota Wildlife Park and Dublin Zoo – as both attractions welcomed a host of new cuties over the past 12 months.

Despite restrictions being in place until late Spring, the new arrivals helped attract thousands of visitors from across the country and beyond.

From lemurs to cheetahs, NIAMH ANDERSON takes a look at the fresh new faces that have arrived in Irish enclosures this year.

IT WAS the year of the lemur at Fota Wildlife Park – after they welcomed five little ones in 2021 from two separate species.

First, they announced two ring-tailed lemurs arrived in March and April. The pair were widely celebrated as it’s the first set of babies born at the Cork attraction of this endangered species in 12 years.

Lead Ranger at Fota, Teresa Power said the team were “absolutely delighted” about the births of the two babies.

Made famous by the Madagascar films and its lovable ‘King Julien’ character, the ring-tailed lemur is easily recognisable by its black and white-ringed tail.

The park also announced the birth of three more baby lemurs in June, this time of the critically endangered black and white ruffed lemur species.

The new arrivals share their island habitat on the main lake at Fota with their four older siblings, twin brothers Nimbus and Cumulus who were born in 2019, and brother and sister twins, Banie and Dubh, born in June last year.

Lead Ranger Teresa Power said about the new additions: “Births in the Park are always exciting, but with 31 per cent of all lemur species in Madagascar now critically endangered and 98 per cent of lemurs threatened, to have such continued success with these critically endangered lemurs is tremendous and it’s a great indication of how happy and healthy these primates are here at the Park.”

FIVE Northern Cheetahs were a paw-some addition to Fota Wildlife Park back in August.

The park asked the public to name the cubs, and over 900 suggestions were submitted online.

The names chosen were Roy, Sonia, Arlo, Mia and Cora.

Julien Fonteneau, Lead Ranger said about the selection: “Two of the suggested names were very easy to select.

“Roy Keane shares the same birthday as the cubs and we felt it was very fitting to name a cheetah, as the fastest land animal, after our local Olympic track medallist, Sonia O’Sullivan.”

Most read in Fabulous 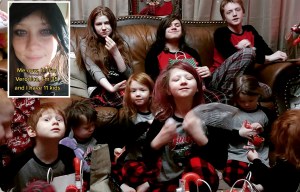 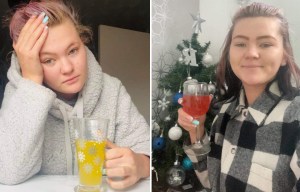 The Northern cheetah subspecies is considered endangered as there are less than 800 left in the wild.

A total of 238 cheetahs have been born at Fota Wildlife Park since 1984.
Dublin Zoo

IT was a big year for Dublin Zoo too – after they were finally allowed to open their gates back in April.

The much-loved attraction, which was saved from closure last year, celebrated its 190th anniversary and welcomed numerous new arrivals including a Californian sealion pup, which are typically born during the month of June.

The Zoo also welcomed a Sulawesi-crested macaque, which is a critically endangered monkey species from Indonesia.

As well as the baby sealion and monkey, new additions also include both Humboldt penguin and Waldrapp Ibis chicks.

The enclosure also set out a 10-year strategy plan which will see Dublin Zoo becoming a leading conservation organisation over the next decade.

Christoph Schwitzer, Director at Dublin Zoo, said: “We are delighted to have welcomed some new arrivals, celebrated our 190th anniversary and to have launched our new 10-year strategic plan called “Dublin Zoo 200”.

“Our ambition is for Dublin Zoo to transform into a zoo-based conservation organisation, a world-leading hub for wildlife conservation of international significance.”

I held fiance dying in my arms after horror crash and told him I’d love our daughter enough for both of us, mum reveals